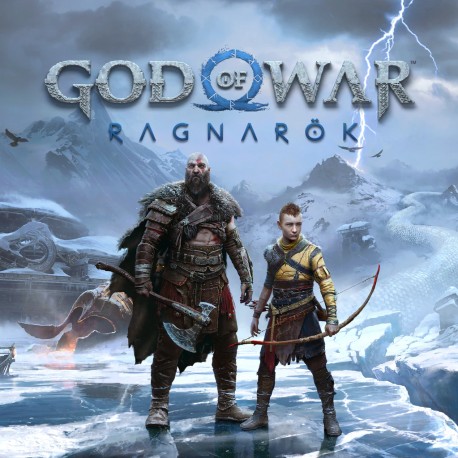 From Santa Monica Studio comes the sequel to the critically acclaimed God of War (2018).

Join Kratos and Atreus on a mythic journey for answers before Ragnarök arrives. Together, father and son must put everything on the line as they journey to each of the Nine Realms.

Throughout stunning mythological landscapes, they’ll face fearsome enemies – from Norse gods to wild beasts – as they prepare for the showdown of their lives.

Armed with his trusty weapons of war – including the Leviathan Axe and the Blades of Chaos – Kratos’ deadly skills will be tested like never before as he fights to protect his family. A host of new abilities for him and Atreus also await, leaving room for fluid, expressive and customizable combat in this epic and unflinching tale.

All the while, Asgardian forces assemble…

- Feel your journey through the Norse realms, made possible by immersive haptic feedback and adaptive trigger functionality.
- Bask in the beautiful worlds you travel through, brought to life by stunning art direction and arresting attention to detail.
- Take advantage of multidirectional 3D Audio; hear enemies approaching from any direction.¹